Meet the confirmed speakers who will be presenting at the TPE World Summit.

Executive Board Member at Zylog Elastocomp 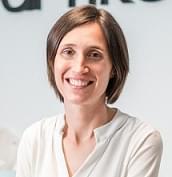 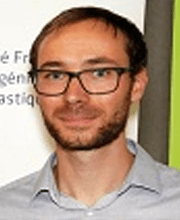 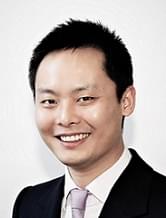 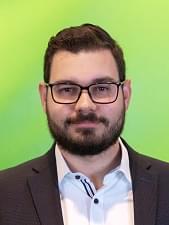 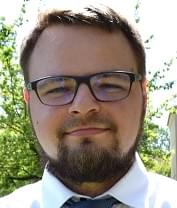 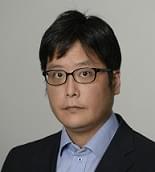 Commercial Engineer at Pollen AM

Head of Sales and Marketing at Marfran Srl 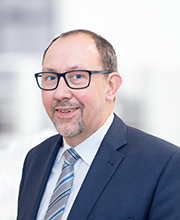 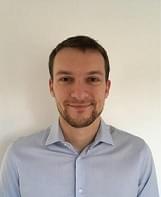 Researcher at University of Kassel

Executive Board Member at Zylog Elastocomp

Krishna’s innovation drive in TPE products has made significant global impact. Krishna is the winner of 2022 Chemistry of Thermoplastic Elastomers award by American Chemical Society’s Rubber Division. Krishna is honored with “2012 Annual Award in Research and Engineering Technology” from the Society of Plastic Engineers (SPE). He is the recipient of 2006 SPE Fellow Award and 1986 ACS Sherwin-William award in Applied Polymer Science.

Krishna has a PhD in Polymer Science and Engineering, a MS in Materials Engineering and a BS in Chemical Engineering. He has over seventy patents, patent applications, published journal papers, conference papers and trade magazine articles to his credit.


Patrick Ellis has over 60 years experience in the global plastics and rubber industries, where he has worked for a number of multinational polymer producers, including Shell Chemicals, General Electric Plastics, Monsanto Europe, Hercules Europe, Himont, Neste Chemicals and RTP Company. He has been an independent consultant for the last 28 years and has carried out a number of projects for major multinational concerns, such as ExxonMobil, Amoco and General Electric Plastics, as well as European compounders such as Dub Plastiques, British Vita, Polytechs, AlphaGary, Polyplast Mueller, Avient and RTP France.

Aizeti Burgoa obtained her Material Science and Technology PhD degree in 2020 by the University of the Basque Country UPV/EHU. Before, she carried out Physics and Electronics Engineering Bachelor’s degrees and New Materials’ Master’s degree in the University of the Basque Country UPV/EHU. Her research activities started at CIC Nanogune prior to joining Leartiker in 2015. Currently working on polymer research and development projects within the Sustainable Transport Unit at Leartiker. Mainly focused on dynamic characterization and simulation of elastomer materials.

Dr. Pierre Furtwengler joined Renault engineering team in 2018 and is in charge of polymer material development and prescription for under bonnet applications. He obtained his PhD at ECPM (Strasbourg) in the BioTeam in renewable polyol synthesis from sorbitol and PU foams formulation. He received the 2018 best PhD award from French Plastic Engineer Society (SFIP).

Xuesong has over 15 years’ consulting experience in the energy and chemical sector and was trained in materials science and engineering. He has led a wide range of consulting engagements in the chemicals and polymers space including the elastomers value chain. In the recent past, he has been managing a market study program at NexantECA.

Marco Klute studied mechanical engineering with specialization in plastics engineering at the University of Kassel/ Germany. His master thesis focused on two-component injection molding of polyamide and liquid silicone rubber (LSR) using different surface treatments. Since 2017 he has been working as a research fellow at the Institute for Material Engineering - Polymer Engineering at the University of Kassel, in the field of material development and natural based composites. He is currently working on two-component injection molding of bio-based polymers regarding material development and analytics of adhesion characteristics as well as the digitalization of injection molding processes using digital twins (supervisor Prof. Dr.-Ing. Heim).

Dr. Cristina Bergmann finished her PhD studies at the University of Hannover and German Institute of Rubber Technology (DIK).
She worked for Continental Tires and Rhein Chemie Additives (today LANXESS Deutschland GmbH) in several positions until 2009, when she started as Head of R&D Laboratory for the mineral oil manufacturer Hansen & Rosenthal GmbH & Co KG in Hamburg, Germany. From 2019, she took over as Global Product Manager Mineral Oils and Sustainable Products.
Since 2015 is member of the Board of The German Rubber Society (Deutsche Kautschuk-Gesellschaft – DKG) in Frankfurt.

Giuseppe started his career at B.Braun Melsungen AG in the Material Science Department after studying chemistry. In his role as a senior materials expert, he developed PVC and TPE formulations for medical tubings and components. During his career, he built up the chemical analytics at the department and became a global expert for complaint management and failure analysis. In 2021 he founded the consulting and analytical service company Polyneers GmbH that is focused on medical polymers and its applications, trends and characterization techniques.

Ryohei Akatsuka joined Asahi Kasei Corporation in 2008. As a manager of Sales and Marketing of hydrogenated styrenic thermoplastic elastomer, he is taking charge of developing new applications in Europe and Middle East region. He received his master’s degree in Molecular Physiology from Waseda University, Japan in 2008.

Commercial Engineer at Pollen AM

Thibaud is an industrial engineer with 8 years of experience in product development and industrialization in the automotive and aeronautical industries. He joined Pollen AM two years ago and is responsible for accompanying and supporting Pollen AM’s customers in their 3D printing projects and for the integration of Pam systems into the industrial apparatus.

Bianca Carvalho is post graduated in Business Administration by Mackenzie University and has solid experience over 12 years in sales. She joined Kuraray in 2015 as sales supervisor at Kuraray South America with the challenge to introduce Kuraray and Kuraray`s unique technologies to the Latin America market, mainly focusing on materials from the Elastomer Business, such as liquid rubbers and styrene block copolymers. In 2018 she moved to Kuraray Europe and is based in Frankfurt/Germany. Currently, Bianca is a representative of the EMEA sales activities for Kuraray’s elastomer products.

Head of Sales and Marketing at Marfran Srl

Mr. Aldo Barucco, Head of Sales and Marketing at MARFRAN srl
He’s achieved a Bachelor of Arts (History, Letters and Philosophy) at Milan University and a Master
of Marketing at “Marconi” University.
Aldo Barucco, 46 years old, has held positions of responsibility in the field of Export management
for several important companies, having operated in plastic sector for more than 20 years.

Professor Stefan Roth graduated from Chemnitz University of Technology, Germany, with a degree in Plastics Technology, and a PhD for his thesis entitled "Electromagnetic Shielding by steel fibre filled compounds“.

In 2007, he joined B.Braun Melsungen AG, a global medical device manufacturer and started in R&D of infusion systems by managing projects in development of infusion pumps.

Since 2010, he built up and was heading the Materials Science group within Pre-Development / Technical Laboratories. His working fields were plastics for medical disposables and pumps, formula development and refinement, polymer testing and analysis.

In 2017 he has moved his position and has become Professor for product development and design at the University of Applied Sciences Schmalkalden, Germany. His fields of research are plastics in medical applications and additive manufacturing. He is part of the laboratory for applied plastics technology (AKT).

Stefan Roth is chairman of the Association of German Engineers (VDI) committee “plastics in medical” that has been initiated the development of the new VDI guideline “medical grade plastics”. In its function as chairman of the guideline committee, he worked out this new guideline together with his colleague Prof. Thomas Seul and members of various partners of polymer and medical industry.

Researcher at University of Kassel

Guntis Japins have born in the small town of Latvia in 1990. After finishing school he went to Riga, the capital of Latvia, and studied material science with a specialization in thermoplastic polymer field. In 2014 got a master degree in material science. In 2019 moved to Germany to Kassel to work as a researcher at the University of Kassel.